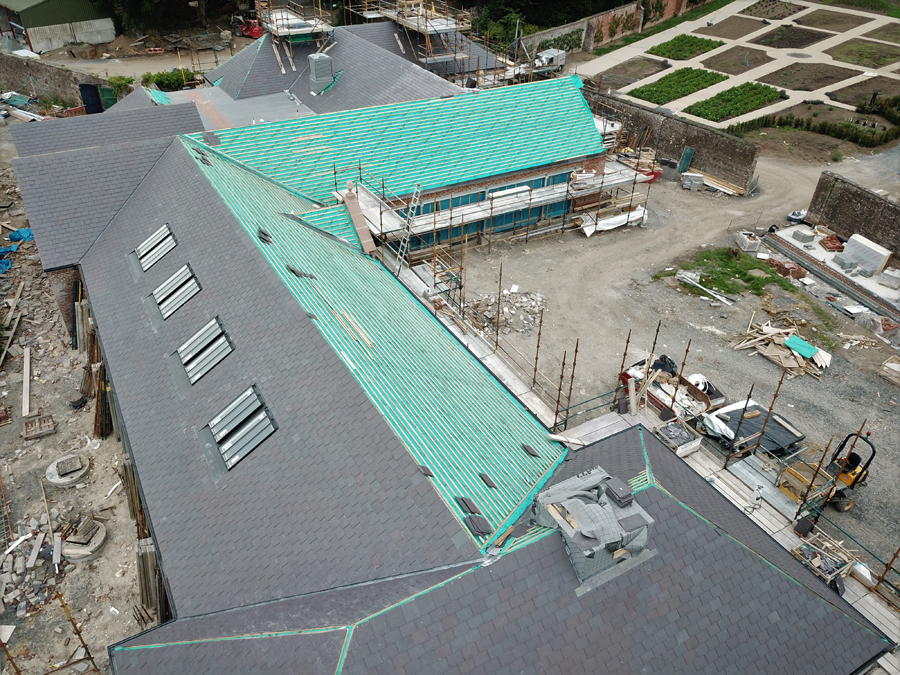 Roofshield®, one of the world’s highest performing pitched roofing underlays has been selected to provide superior quality protection for one of our most beautiful historic royal palaces.

Hillsborough Castle is the official residence of Her Majesty Queen Elizabeth II and all members of The Royal Family including the Secretary of State for Northern Ireland. Historic Royal Palaces set out an ambitious program of works comprising major renovations, the addition of two new visitors centres and a host of smaller operational buildings. Total costs for the project were circa £20 million.

Penrose Roofing 2014 were awarded the roofing contract including all lead work and rainwater disposals. The contract comprised of thirteen number individual roofs, with the primary coverings ranging from new Welsh Natural Slate, Canadian Glendyne Natural Slate, and with some roofs stripped re-using the existing natural slates, making up the shortfall with salvaged Welsh Slate.

Architects, Consarc specified Roofshield, pitched roof underlay, to be fitted to a total of nine of the roofs, including five new builds and four existing. The largest of the roofs was the Lower Visitors Centre which consisted of a new build joining to existing buildings, all within the original inner wall area.

The roof structures of historic buildings can be complex in nature and demand careful consideration of moisture management, and condensation control. Many vapour and air permeable underlays use an airtight VP film layer to achieve their performance, whilst Roofshield’s patented SMS (Spunbond Meltblown Spunbond) structure allows high levels of airflow, in addition to the transport of moisture vapour, making the formation of condensation in the roof space virtually impossible. It has an extremely high degree of vapour permeability, as well as air permeability, so will still perform in conditions in which airtight alternatives will not.

The high performance of Roofshield, backed by two BBA Certificates, has been successfully used in preserving and protecting the fabric of a wide range of historic and listed buildings for nearly 25 years.

Gordon Penrose, Managing Director of Penrose Roofing commented on the use of Roofshield. “Roofshield was chosen by the architects who have successfully used Roofshield on several projects. Roofshield has also become our preferred choice of a pitched roof membrane. It has been excellent to work with, is exceptionally strong and durable and its superior air permeability ensures comprehensive protection for historic buildings. Another key feature is that Roofshield is available in one-metre rolls, which makes it much easier to handle and work with on-site, particularly in windy or breezy conditions.”

The Lower Visitors Centre was officially opened on the 9th April 2019 by the Prince of Wales accompanied by the Duchess of Cornwall. The Prince thanked the craftspeople involved who had brought their brilliant artisan skills to realise the vision of the architect’s design team. The Hillsborough Castle project has been shortlisted for the UK Roofing Awards hosted by the National Federation of Roofing Contractors (NFRC). 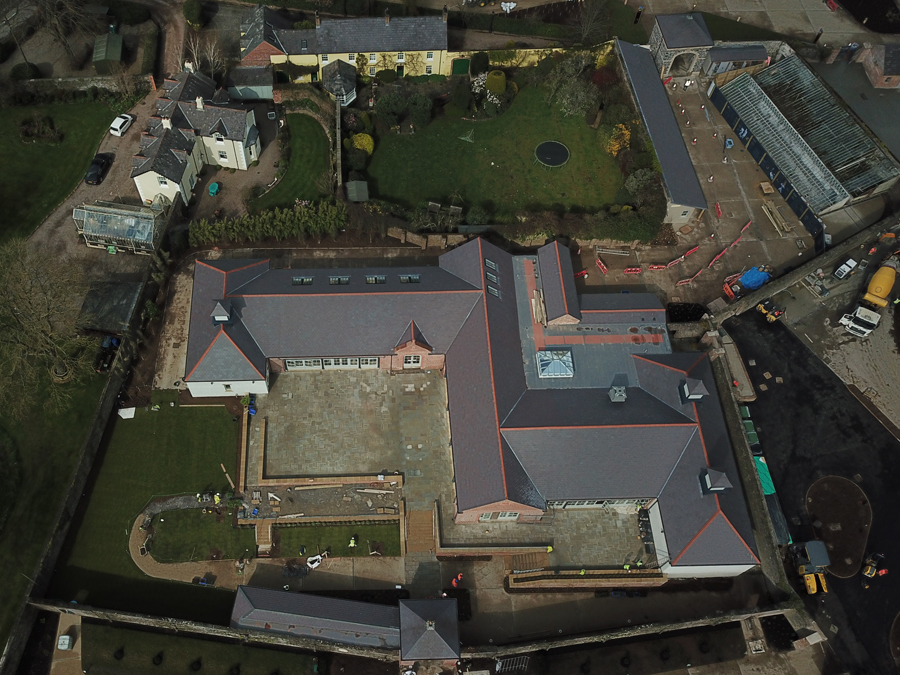 In association with A Proctor Group Ltd. 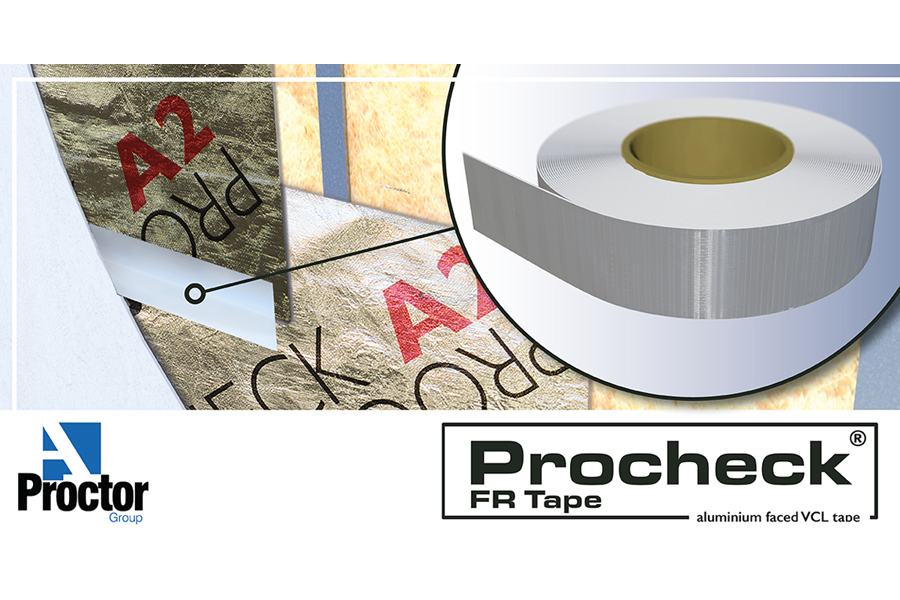 A new tape for use with fire-rated internal vapour control layers is now available... 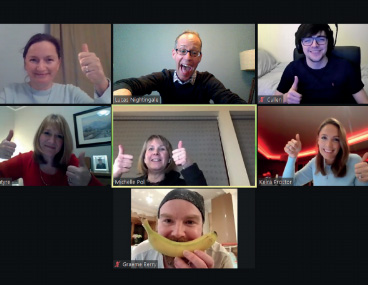 A. Proctor Group win for a second year at the CMA...

The A. Proctor Group has been awarded “Best Use of Content Marketing” at this... 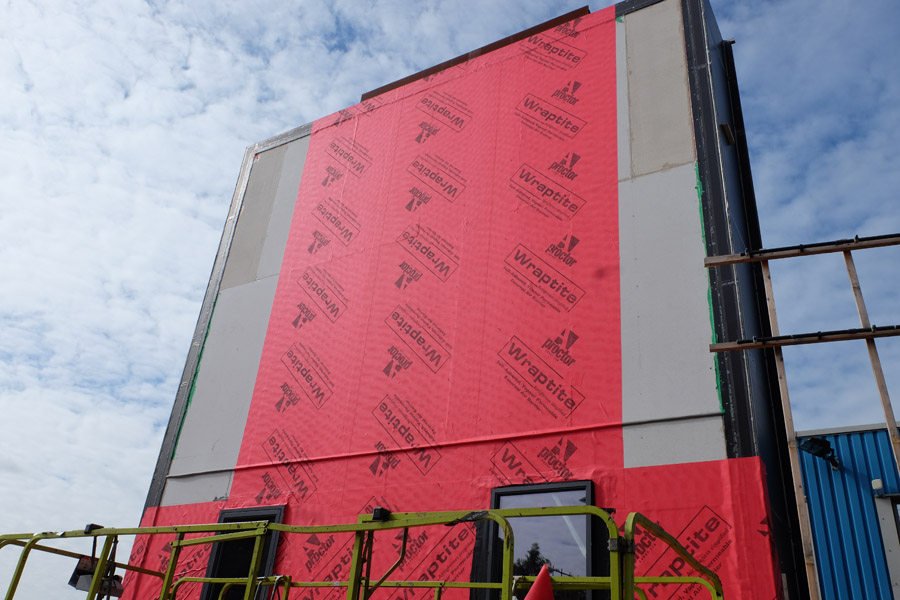 Wraptite®®, the only self-adhering vapour permeable air barrier certified by the...