A3 is the result of a team collaboration, including players ranging from client to architect, engineer to manufacturer. From the outset, the client had a clear vision with respect to the building’s program, including the creation of clean, orthogonal spaces and spacious rooms. 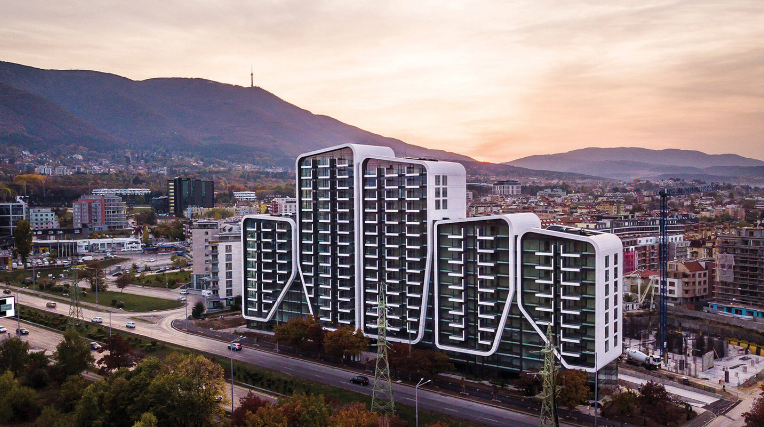 A3 – Volumes that inspire

The combination of two powerful context components, being the surrounding architecture and mountain views, results in the dynamic and modern shape of the development, without harming its function. A3 is organised into five distinct volumes, positioned together as an ensemble to determine the overall final shape. Each of the volumes is outlined with soft and elegant forms, allowing imaginations to run free. STARH Architects explain the correlation of the five building volumes to five mountain peaks, or the silhouette of a family with three children. They note the deeper concept however is to stimulate viewers to define their own experience of the building. In other words, for each individual to be inspired by the architecture and become the author of a new form themselves. 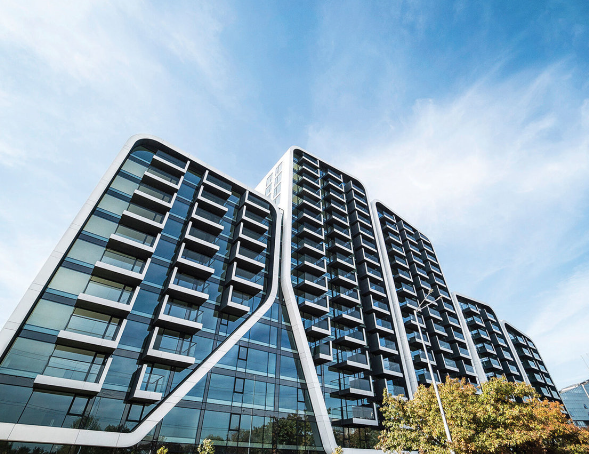 In total, the building is 100 meters in length and rises 17 storeys. The length is divided into five distinct blocks, each with its own entrance and independent vertical circulation. The first two blocks (A & B) include two apartments on each floor, while the other three blocks (V, G and D) service three apartments on each floor. The small number of apartments per floor was a strategy adopted with the aim of enhancing a feeling of luxury living as well as providing privacy to the tenants. In total, there are 158 apartments in A3. Taking advantage of the building’s geographic positioning, each living room is oriented to take in east and southeast light. The extensive glazing further affords views towards Vitosha Mountain as well as the surrounding city.

The design and construction of the project took less than 3 years, without any significant design revisions. The architects note they adhered to the planned budget to within 1%. This 1% discrepancy came as a result of the client's ambition to implement further improvements in the interior.

According to Svetoslav Stanislavov of STARH Architects, aesthetics, functionality and longevity are the three components which define the architecture of A3. ‘’Despite ensuring a lasting grace, the glass, concrete and steel used in the façade provide a long life and easy maintenance,’’ he says.

Successful Collaboration Between Architect and Manufacturer 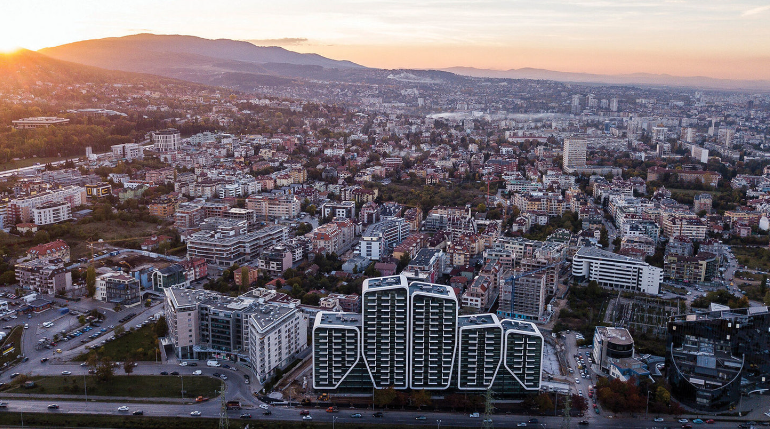 Selection of manufacturers was key for the success of the project, particularly with the curtain wall system and glazing who play such an important role in the architectural scheme. ‘’The building is designed to be of great quality in each aspect, including the materials used,’’ says Stanislavov. ‘’Having this in mind, choosing Reynaers Aluminum with their systems CW 50 and CS 77, amongst concrete and fiber-concrete panels and glass was logical. We were given the chance to visit some of the projects completed with the above-mentioned systems and introduced us to their manufacturers. The façade elements were assembled in the companies' factories and delivered in flawless condition.’’

Stanislavov adds, ‘’A close cooperation with the manufacturer’s representative during the design phase is a guarantee for the further high-quality realisation, which is our main goal. To create aesthetic, functional and long-lasting buildings. Beyond the substantial, the physical, the most remarkable in the building is that it impresses and stimulates the imagination.’’

Certainly, your imagination is triggered while passing by this striking building. 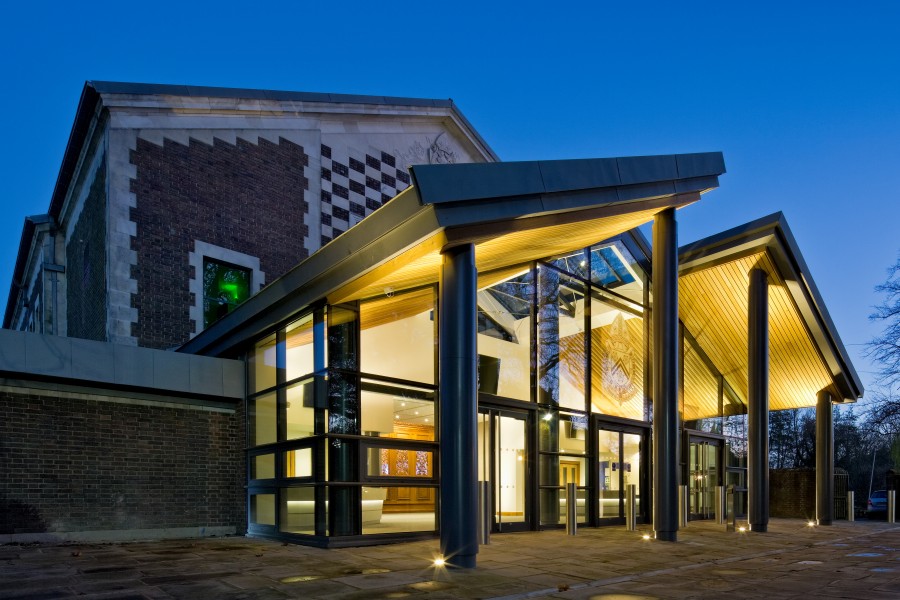 Without column casings and interior wall lining solutions, many schools,... 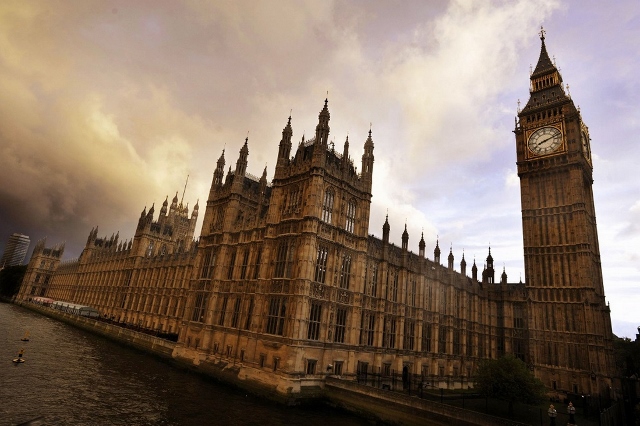 The impact of the COVID-19 virus is expected to see the UK economy contract by 2.6%... 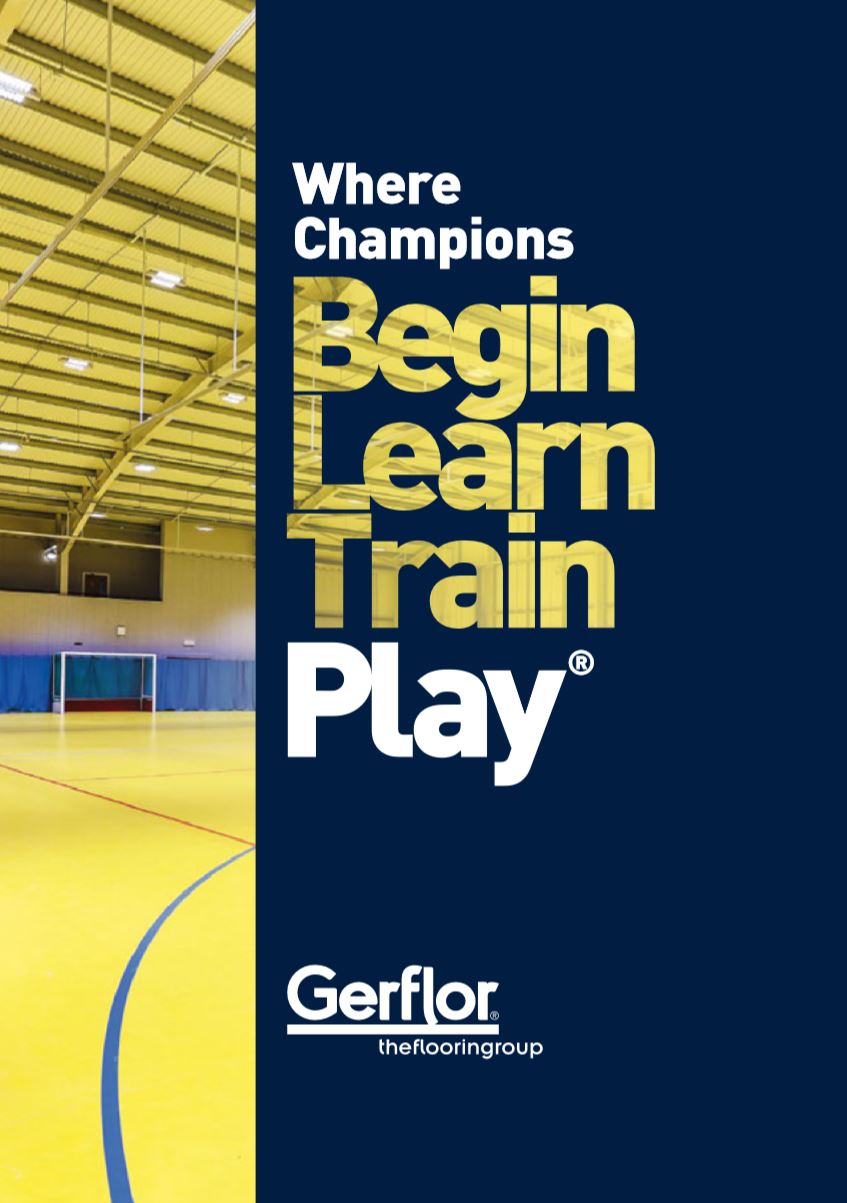 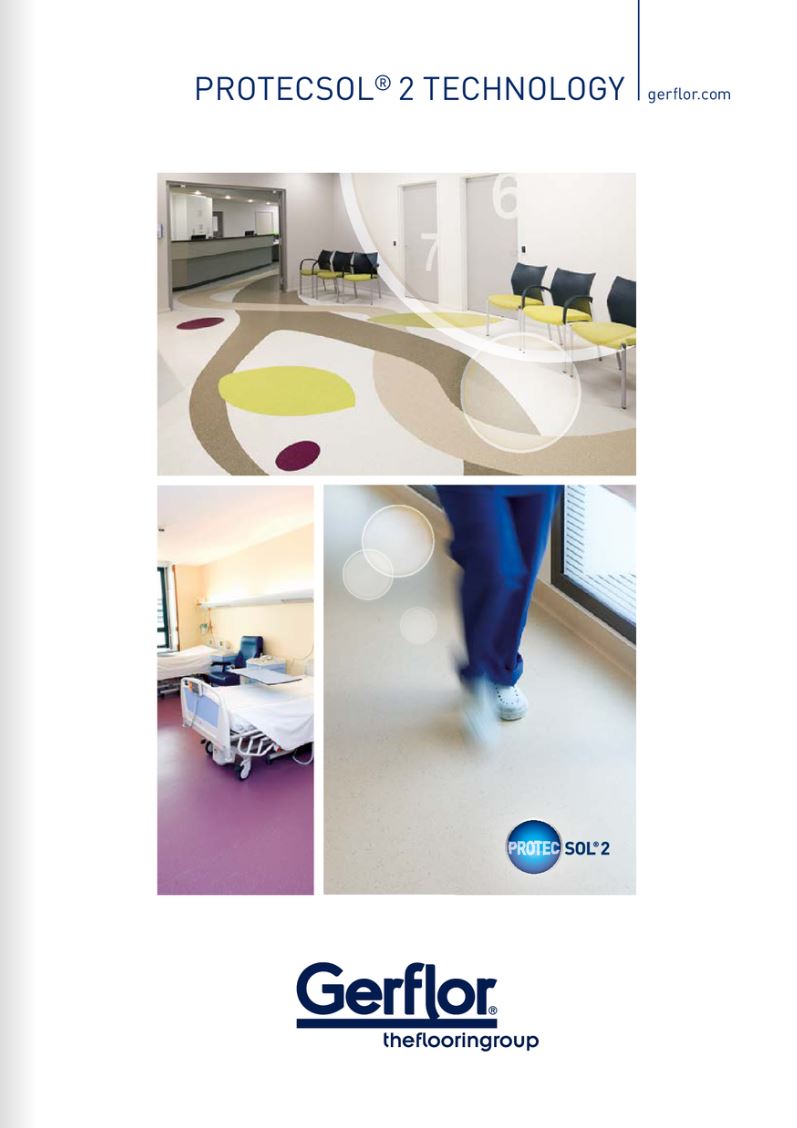 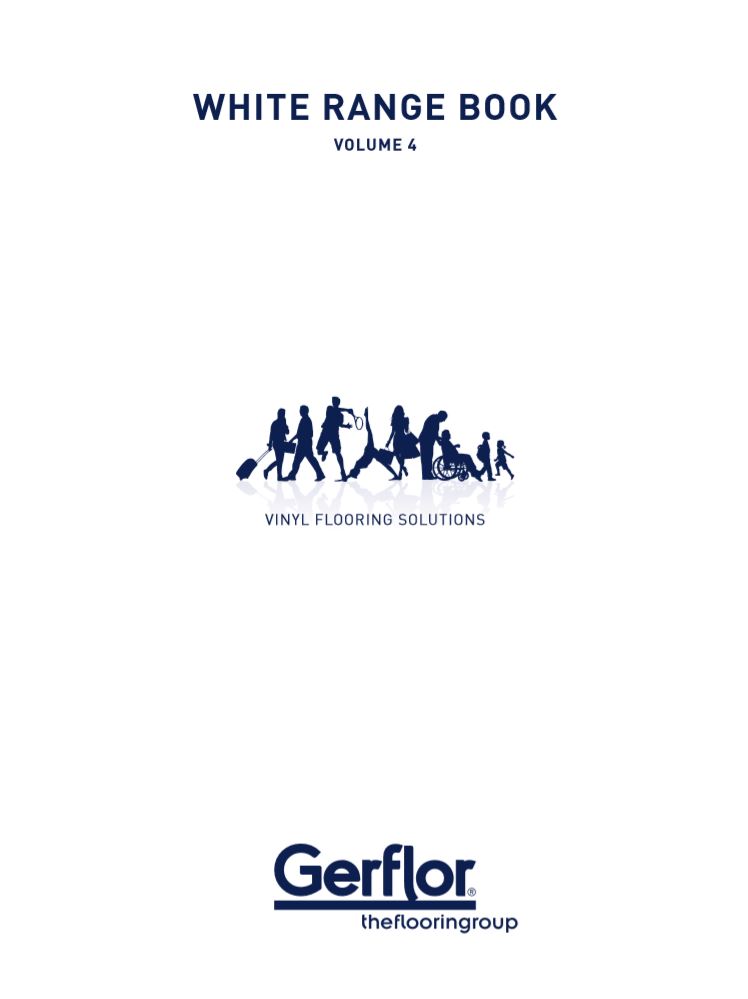 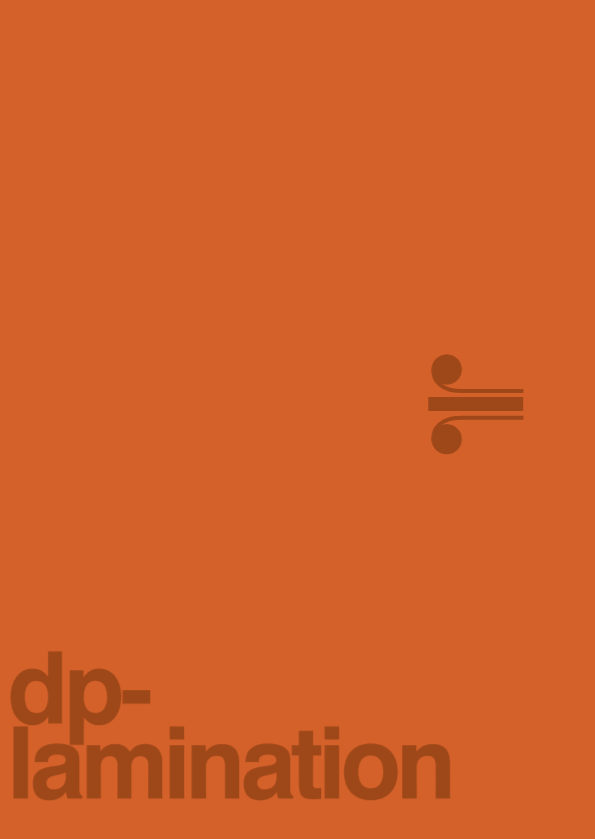 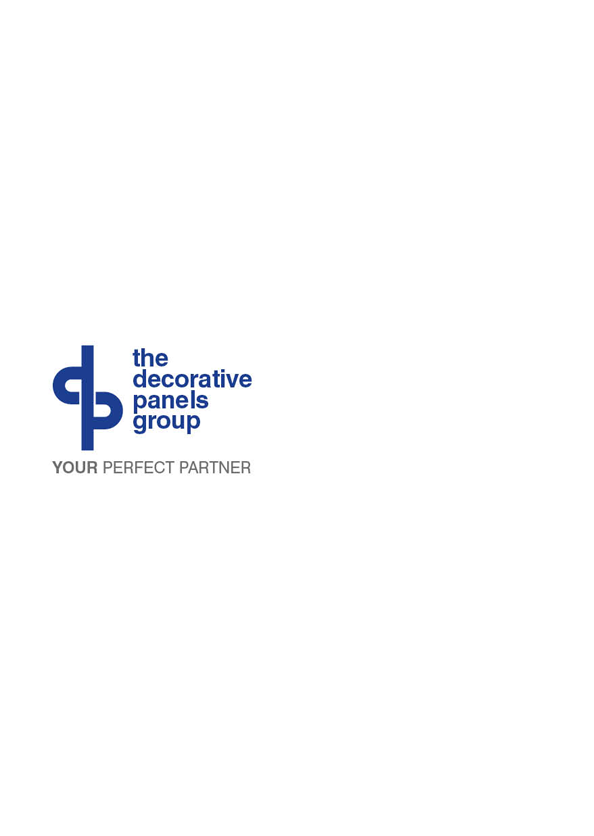 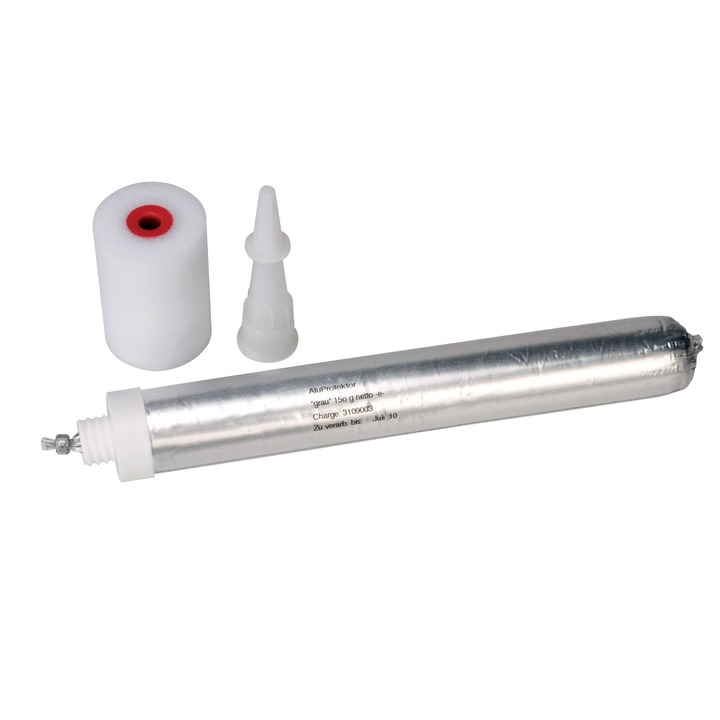 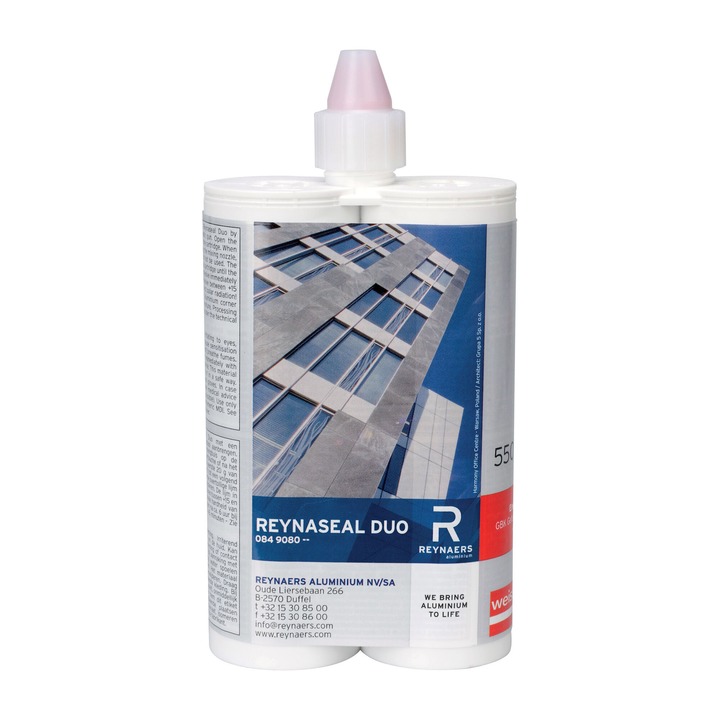 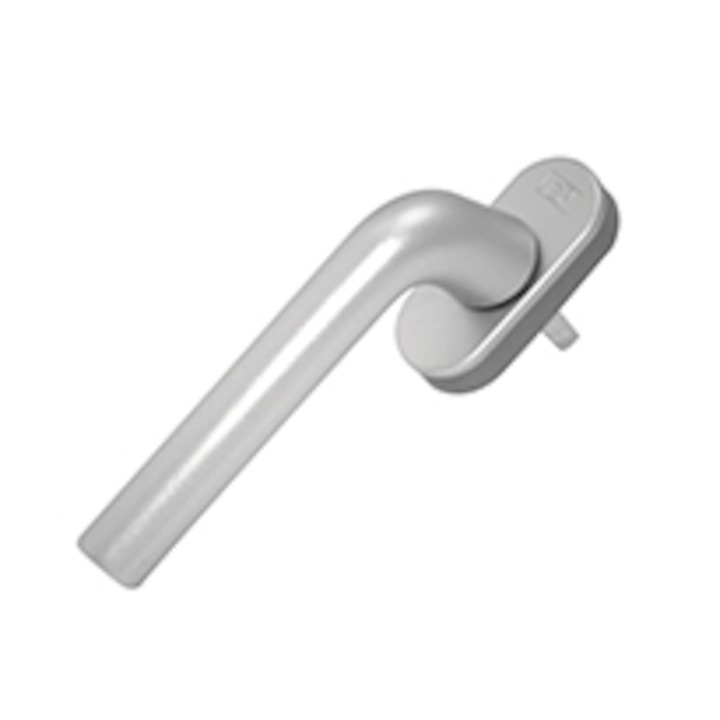 The range of the Shield handles not only express safety and strength by the robust and reliable...