Over the past couple of years, McDonald’s restaurants have been carrying out an extensive programme of new build developments along with modifications to existing stores all over the country. Eurobrick Systems, the brick slip cladding specialist, has supplied its cladding systems to McDonald’s building contractors for over 125 of these projects in 2018 alone.

Eurobrick has been a long standing supplier for the restaurant chain’s premises, since its major UK expansion in the early 1990’s. Many hundreds of Drive Thru’ restaurants were constructed in a short space of time and Eurobrick’s cladding has now been installed on over 850 outlets, with the first being in East Ham, London in 1992. The majority of the buildings were and remain prefabricated and factory built, often including the installation of the brick slip cladding. The units are transported to site and craned into position. Eurobrick’s brick cladding is ideal for this fast track offsite construction method as it is lightweight, robust, quick and easy to install as well as being low maintenance.

Generally, the X-Clad system is used and faced with brick slips, such as those used at the Coulby Newham store that underwent modifications. The brick slip cladding on this restaurant was installed by ML Brickwork (Southern), one of Eurobrick’s approved installers, on behalf of the contractors, Marcon Fitout. 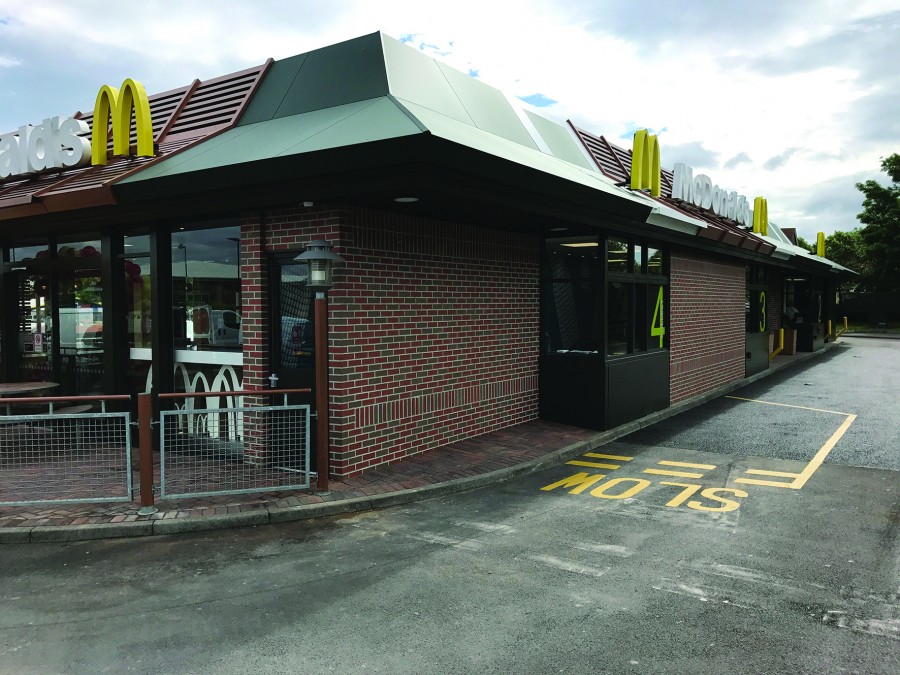 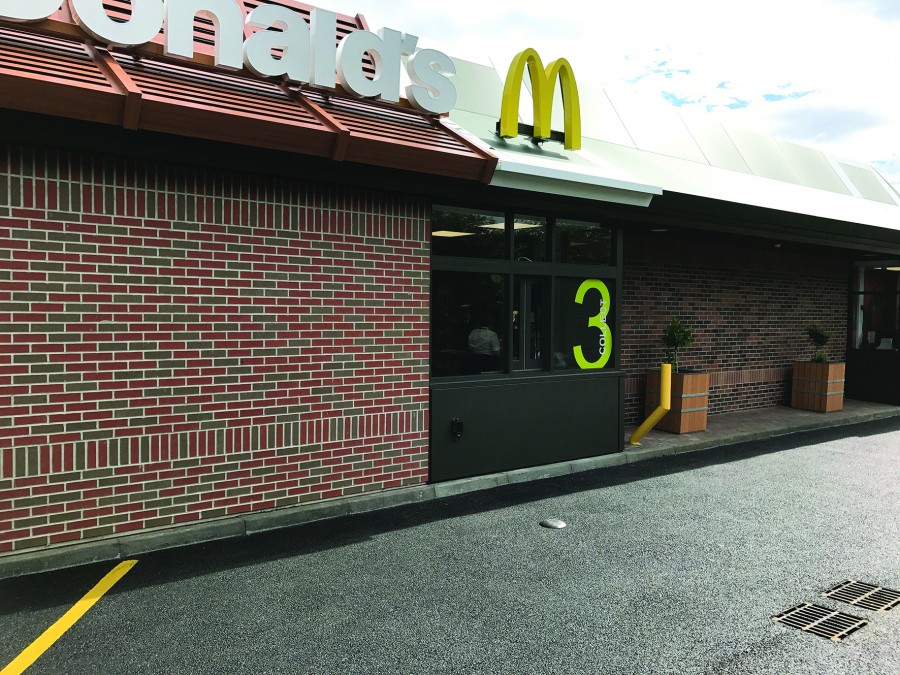 Mark James CBS Ltd have been fitting Eurobrick’s systems since 2005 and have recently completed extensions and modifications for McDonald’s, including one in Caernarfon using Rustic Cream brick slips from the Britannia Range. They also added a beverage cell and freezer chiller extension to the side of the original building at another restaurant in South Harrow. 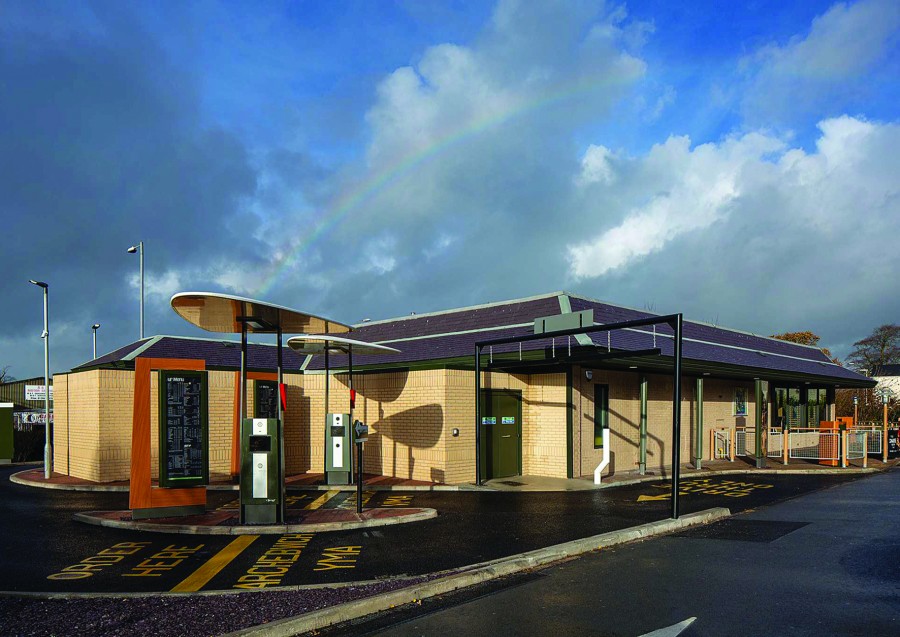 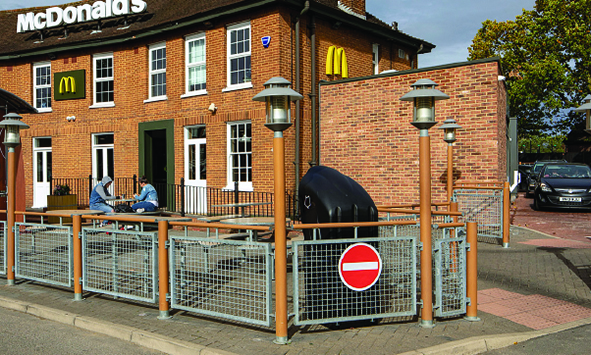 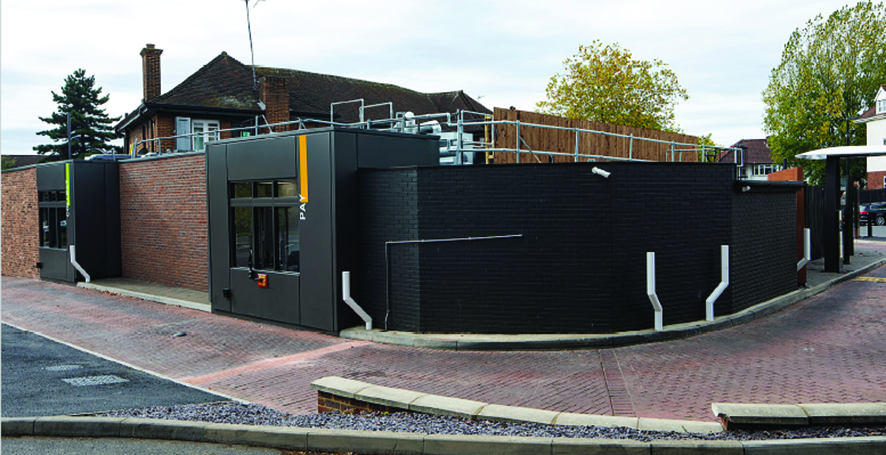 DSM Roofing Ltd have completed many McDonald’s stores over recent years including a new restaurant in Dunbar which was finished with specially cut St. Bees Red Rubbed stone slips and red mortar. The new build restaurant in Rawthenstall was also finished with stone to meet planning requirements. Eurobrick’s systems can be adapted for stone slips so the required Fletcher Bank stone finish in Rawthenstall was no problem. 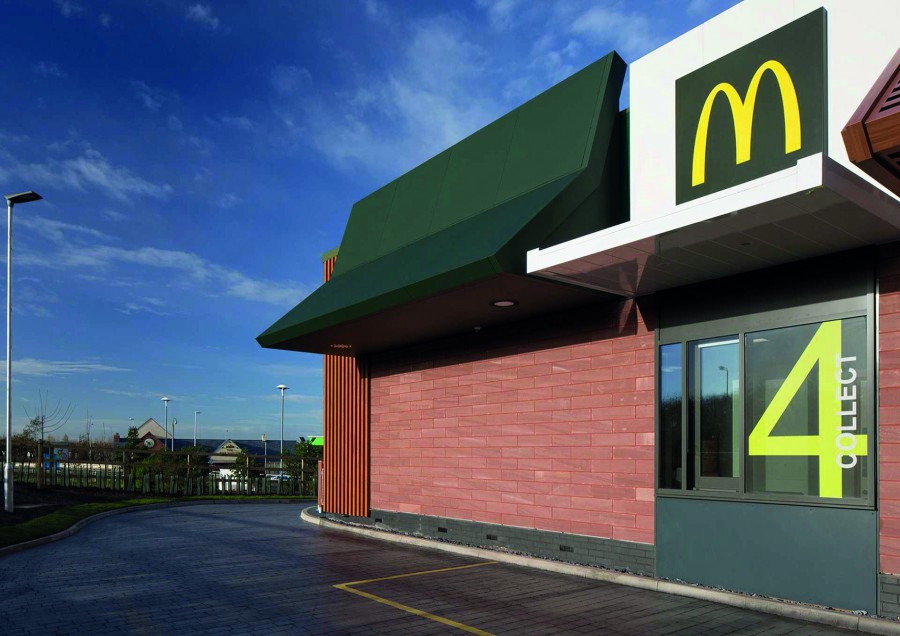 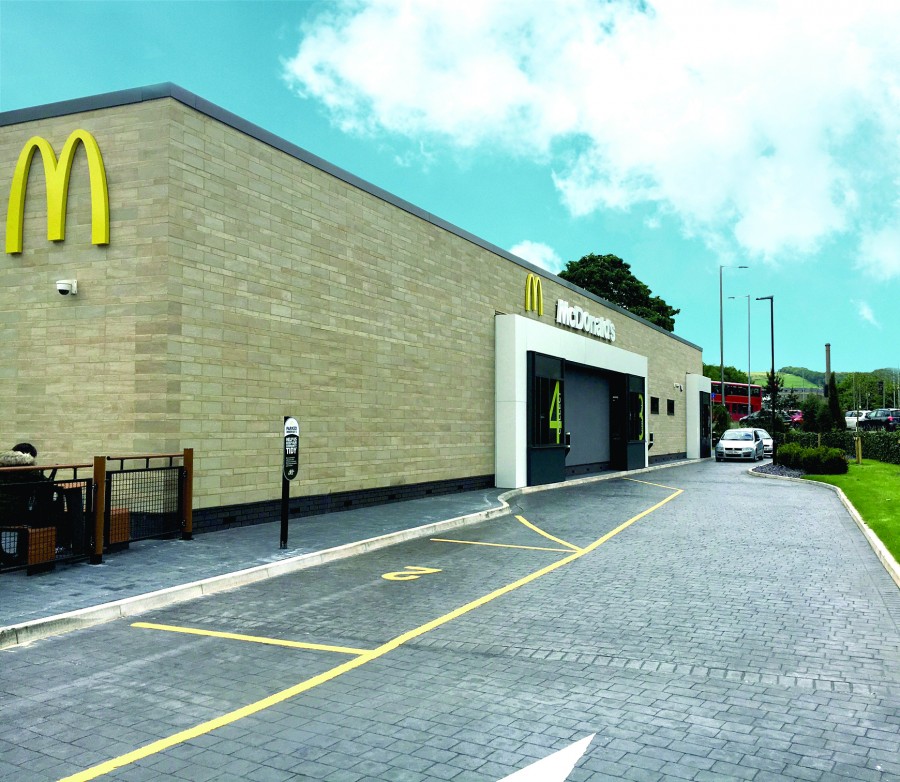 The finishes being installed today, range from the recognisable brick colours of the early restaurants through to specially cut or manufactured stone slips used on some of the new stores.

“We are really proud of our long term association with McDonald’s Restaurants and its contractors. It’s been over 25 years now and the fact that we continue to supply our systems as part of a palette of modern finishes shows their versatility and speaks volumes about the quality of our products”.

In association with Eurobrick Systems Limited 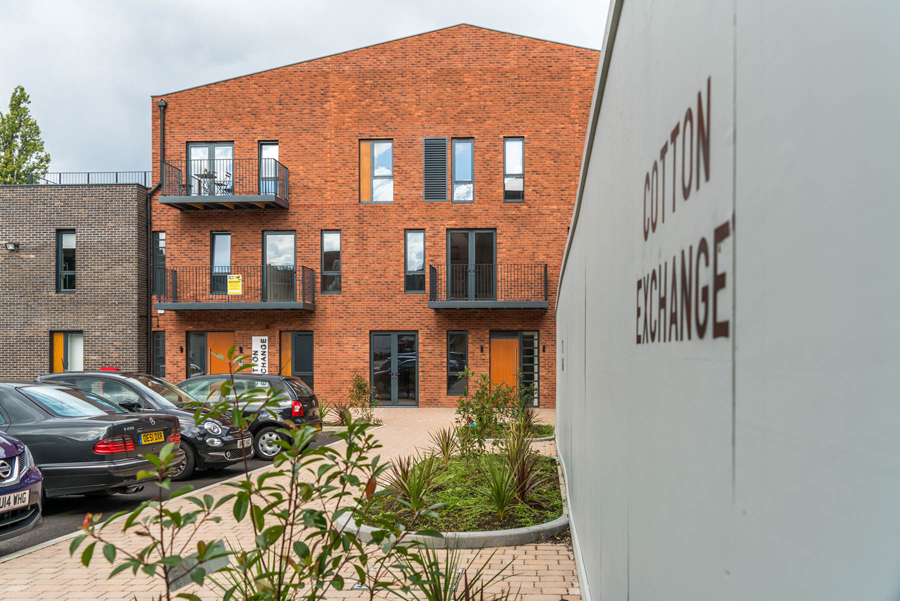 People are becoming more aware of the global climate emergency and questioning the... 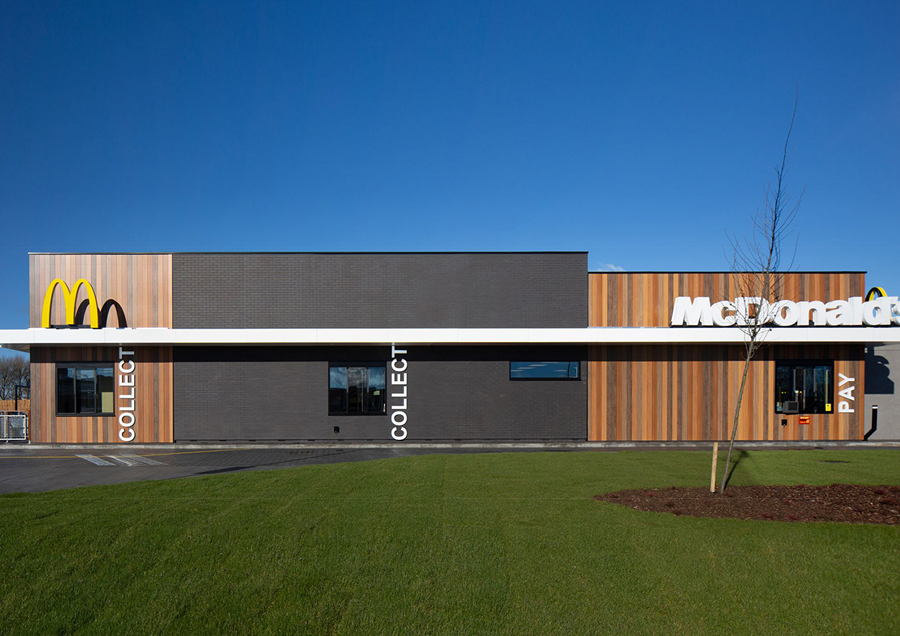 Thirty years after Eurobrick first supplied McDonald’s Restaurants and its...